In their continuous attempt to become the source for practically anything, Facebook will now be including critic reviews on restaurant business pages. This new feature will sit alongside the existing user reviews and ratings provided by users. 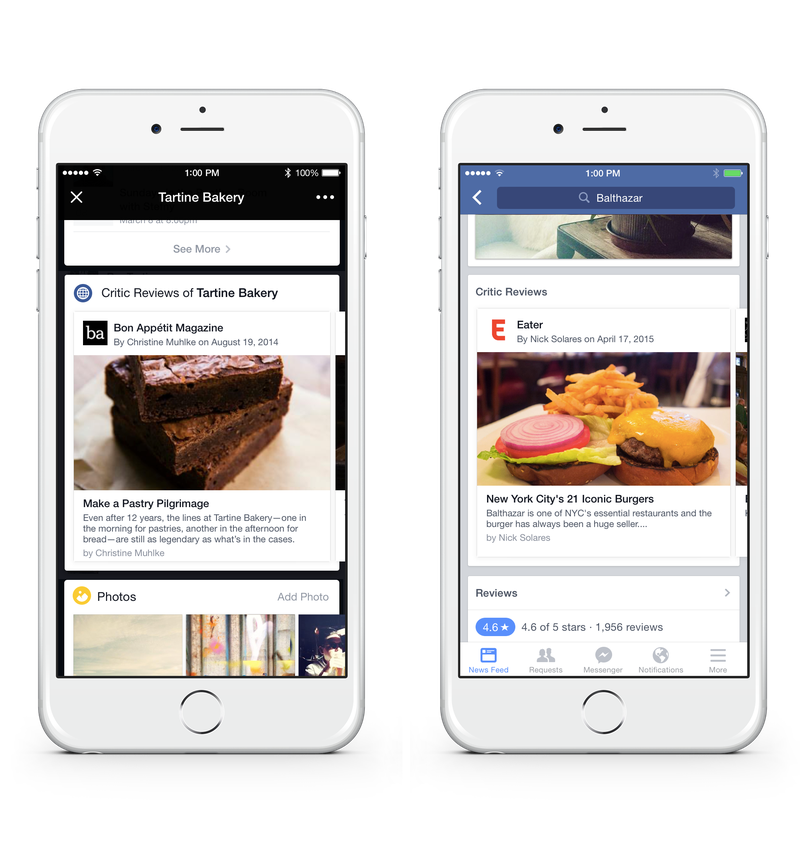 For now, it seems to be good news for restaurants, as Facebook is said to be picking up these reviews from “best of” lists. Don’t expect to see these critic reviews everywhere just yet, though. Facebook has partnered up with a handful of publications, including Eater, Bon Appetit, Conde Nast Traveler, New York Magazine and the San Francisco Chronicle, as the sources for these reviews.

As far as innovation, this does shift from traditional local restaurant search sites, like Yelp and Foursquare who solely rely on ordinary diners’ opinions as a review method. It’ll be interesting to see how positive the critic reviews will remain and whether it’ll be driving restaurants away from the social platform, especially when it comes to paid advertising. After all, paying for users to see poor reviews of your restaurant won’t likely go well for most.

Restaurant owners, we’d love to hear your thoughts on how you think this will impact your business. Tweet us @TECKpert or get in touch with our marketing experts for more information on building your restaurant’s brand on Facebook.