Apple’s Worldwide Developer’s Conference started off June 2, announcing some major technology innovations, including the announcement of the iOS 8 update. That’s right, Apple is releasing a new software upgrade. By now you know that it’s predecessor , iOS 7, was a huge game changer for designers everywhere with it’s notorious flat design. So, what does iOS 8 entail? Here are some of the key elements. 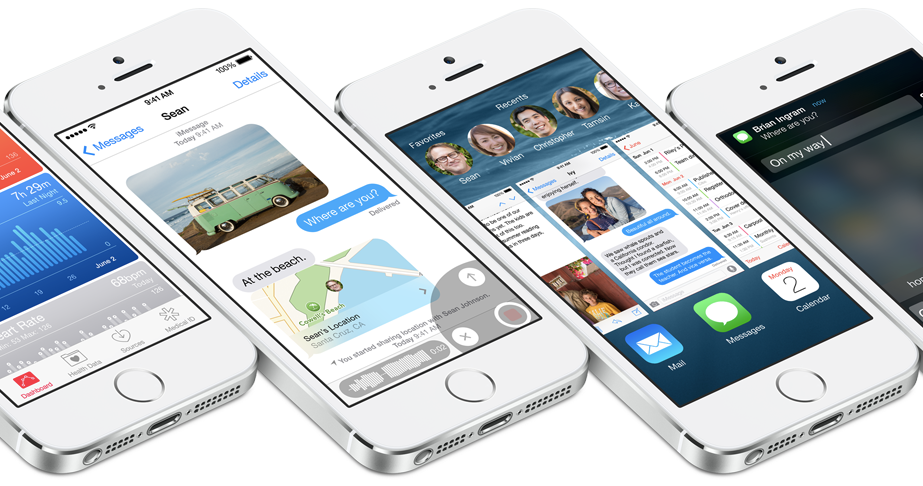 With the recent surge of fitness wearables in tech, the new built-in app, HealthKit, couldn’t have come to iPhones at a better time. The app is said to integrate with your current fitness apps and will track your personal health and fitness data in one centralized location.

You’ll now be able to store and sync all files on your iPhone, also allowing you to access them on any other device you have synced with your iCloud. This could be a problem for file-sharing system, Dropbox, as Apple has been trying to kill them off for years now when iCloud was first introduced.

You no longer have to hold down your iPhone’s home button to access the virtual personal assistant. The updated Siri now simply responds to “Hey, Siri” and comes with Shazam song recognition for a completely hands-free (and safer) driving experience. She also comes with new language detection and streaming voice recognition.

On the trend of a more simple UX, iOS 8 users can now respond to alerts from the Notification Center and lock screen. This means no more going to Messages to respond to texts or going to Calendar to edit an appointment mid-phone call.

This update includes QuickType, a predictive typing keyboard. It essentially predicts what users will type based on context and the individual’s typical messaging behavior. Sound familiar? Android users are claiming it’s a knock-off of the third-party keyboard, SwiftKey.

One of the more praised new features is the ability to leave specific group texts. On that note, you can also now set a “Do Not Disturb” function in message conversations to stop alerts from coming through. Location sharing will also now be available on Messages, allowing users to select how long they want to share where they’re at.

Making for a more family-friendly technology, iOS 8 allows parents to monitor what apps their kids are using by enabling a request feature. Everything from music and photos to apps and books can now be shared with members of your family group (no data or Wi-Fi necessary). To keep better tabs on your kids, you can also track their location, a feature that can also be turned off if need be.

The update is said to roll out in the fall, so keep an eye out. For now, make sure all of your information is backed up in preparation for the new software download.

What do you think about the new upgrade? Let us know.